La Rochelle, 10th city with the best sunshine rate in France, known for its famous Francofolies festival but especially for its famous Towers guarding the entrance of the “Vieux Port”. In this article, the Hotel François Ier invites you to discover the history of the famous towers of La Rochelle.

The La Rochelle towers and their history

To the world, when one speaks of the Towers of La Rochelle, only 2 come to mind. In reality, there are 3 towers in La Rochelle. The most famous are obviously the Saint Nicolas Tower and the Chaine Tower, but one should not neglect the Lanterne Tower which has its importance.

The towers of La Rochelle have had several roles since their construction. They were first used to control the entry of commercial ships in the 14th century and then became a military prison in the 19th century. They are also classified as historical monuments since 1879.

Today, the towers represent a real symbol for the city of La Rochelle and are open to visits.

The Saint-Nicolas tower is the most emblematic tower of La Rochelle. It marks, with the tower of the Chaine, the entrance to the port and has ensured its protection for centuries.

To this day, we don’t know exactly when it was built, but we estimate that it was built around 1345. Its architecture, imposing and massive, gives it the impression of ruling the Vieux Port. Indeed, with its 37 meters, the Saint-Nicolas Tower is higher than its counterparts. But being built on a muddy ground, it had to be consolidated and fortified in order not to collapse.

The hotel François Ier advises you to climb the steps that lead to this terrace and enjoy the panoramic view of the city of La Rochelle.

Built symmetrically to the Saint-Nicolas Tower from 1382 to 1390, it fulfilled the same role as the latter. It also takes its name from the large chain that linked the two towers together and allowed ships to enter and leave the port. The Chain Tower had the heavy responsibility of housing the captain, his family and the cargo. If at the beginning it was 34 meters high, it is now 20 meters high following its explosion during the Fronde in 1651. It has subsequently undergone major renovations. Its cylindrical architecture attracts at first sight and gives an impression of solidity.

Since 1998, the Chaîne Tower has been transformed into a museum retracing the past of La Rochelle. Your charming hotel invites you to immerse yourself in the historical past of the city thanks to the exhibitions and the exposed relief plan.

The Lanterne Tower is known under several names: Tower of the Four Sergeants, Tower of the Garrot or Tower of the Priests. This vestige of medieval rampart was built in 1445 and is 55 meters high. It is recognizable by its beautiful and high spire of Gothic style. The building had several roles: the protection of the entrance of the port but it was especially used as a lighthouse for the navigators. It is the oldest lighthouse in France. Later, the Lantern Tower became a place of imprisonment.

Today, the tower has become a museum where the medieval past of the city can be found.

Your hotel in La Rochelle advises you to have a sunset picnic on the Concurrence beach and to admire the beauty of the Lantern Tower when it is illuminated.

The Hôtel François Ier near the La Rochelle Towers

You know more about the historical monuments of La Rochelle but one question remains: where to stay during your trip to La Rochelle?

The Hotel François Ier is the ideal place. Located in the center of La Rochelle, you have access to all the city’s amenities, including the Towers, which are exactly 10 minutes away by foot. This will also allow you to discover the beauties of the old town.

With about thirty rooms, the Hotel François Ier offers you a charming and original setting. Indeed, all our rooms are equipped and have a particular style, decorated with care and with the effigy of famous artists. In addition, the hotel offers a free and secure parking that we invite you to reserve at the same time as your accommodation.

Don’t wait any longer, book your accommodation at the Hotel François Ier and discover the history of the La Rochelle Towers. Our team remains at your disposal for any requests and additional information.

Discover our hotel in La Rochelle
Back to news 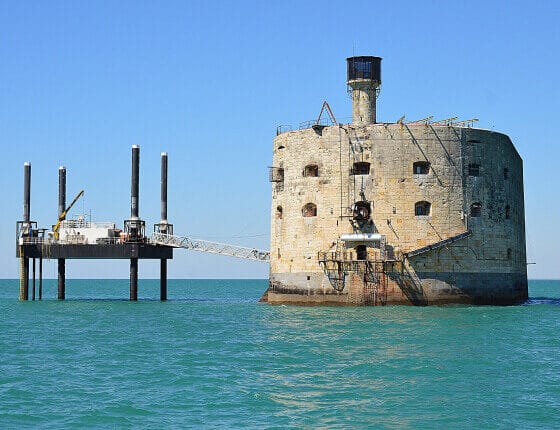